Celebrating a string of award wins at International Beer Challenge 2016

We’re celebrating this week after being recognised with a string of awards at this year’s International Beer Challenge. The announcement closely follows news that we were awarded a prestigious Best of Organic Market award for our Vanilla Porter.

We achieved four medals in total for our Vanilla Porter, Python IPA and LVB X. The Vanilla Porter and LVB X both scooped silver for taste and Python IPA brought home a bronze. LVB X was also recognised in the Design and Packaging category, being awarded a silver. 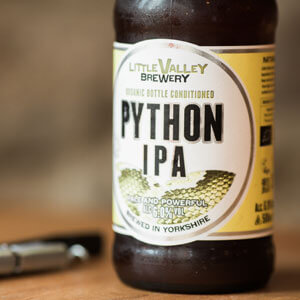 Our Python IPA is a strong, double-hopped original IPA, whilst Vanilla Porter is a dark beer made with fresh vanilla pods that we hand prepare at the brewery. LVB X is a luxury barleywine ale brewed using traditional English brewing methods, which is rich and malty with fruity undertones.

We’re thrilled to have more award wins under our belt and to have our beers recognised on a national platform. As a small business, a lot of time and hard work goes into brewing our beer, right down to hand preparing the vanilla for the Vanilla Porter every day. Awards such as these are a true testament to the work that our whole team puts in every day.

The International Beer Challenge has rewarded and promoted quality beer for 20 years. The judging panel is made up of retailers, importers, publicans, brewers, writers and flavour analysts.

We’re on the hunt for beer enthusiasts to join the Little Valley team!